Looking to spice up your next gathering of cannabis enthusiasts? Inject some added amusement into your next smoke session with some fun weed games! Some of these entertaining pastimes are similar to drinking games, but with a weedy twist, while others are in a league of their own.

To make sure that everyone has a safe and enjoyable time playing these weed games, keep in mind the following tips:

Never Have I Ever

Pack up lots of weed before getting started. Go around in a circle. The first player will say “Never have I ever” followed by something they’ve never done (i.e. gone snowboarding or eaten a ghost pepper). If any of the other members of the group HAVE done the action mentioned, they take a hit from their piece. Then the next player says “Never have I ever” and the process repeats until you get bored or tap out. In the time of social distancing, this game can be played virtually via video chat as well.

If you’ve ever played Truth or Dare, then this will be an easy game to play. Gather around in a circle. Each person in the circle takes turns asking the person to their left a question. The question recipient can then choose to answer the question truthfully or take a toke.

If you want some help and structure coming up with questions, you can buy the game Truth or Drink. Instead of drinking, players smoke.

If you’ve ever played the “Thunder” drinking game, this is a similar concept. Pick any song with an often-repeated word or phrase (examples include AC/DC’s Thunderstruck, Bob Marley’s Jammin, or Outkast’s Hey Ya). Every time you hear the phrase repeated, take a toke. This game is super intense when every player has their own joint or piece to smoke. You can make it easier by using only one joint and passing it to the next person after every repeat. 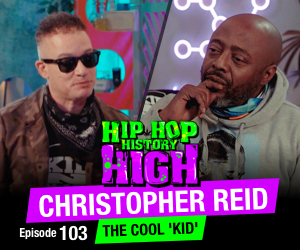 This game is a super fun and generous way to bond with your stoner friends. Gather a bunch of cannabis products – flower, bowls, edibles, cartridges, topicals, concentrates (maybe even one or two high quality gifts like a vape pen, bong, or substantial quantity of weed) and hide them around the areas of your home you’re willing to let people search. Make the game a little more challenging by making sure everyone begins their hunt sufficiently high. Players get to keep whatever cannatreasure they find.

You can make this game more affordable by asking each player to contribute one or two items to the hunt.

In Greek mythology, those who gazed upon the face of Medusa were turned to stone. In this game, gazing upon your opponent could cause you to get stoned. The game is simple: all players stand or sit in a circle and begin with their eyes closed. With eyes still closed, turn to face another opponent. On the count of three, everyone opens their eyes. If the person you’re looking at is also looking at you, both players take a hit. Any players who do not meet someone else’s gaze are safe…until the next round!

For a game that’s easy to learn but not always easy to win, pick any category and go around the circle, with each player naming a member of that category. Consider starting with an easy category like “Spongebob Characters.” The first person to get stumped takes a toke. After two players get stumped and take their hits, change categories.

For an added challenge, choose a broad category. Make a rule that each new player must use the last letter of the previous person’s answer as the first letter of their answer. Let’s take the category of “Musicians” as an example. If Player One says “Elvis Presley,” then Player Two’s answer must start with the letter Y, perhaps Yoko Ono. Player Three must then choose a musician whose name begins with the letter O.

Who’s the best joint roller in your group of friends? Are you sure it’s you? Bet. Put your skills to the test and create a joint rolling competition! Depending on how fancy you want to get, you can divide your tournament into joint and blunt rollers. To create different levels of challenge, use timers, limit the tools players can use to roll, and differentiate between the best sober roller and the best stoned roller.  The winner gets bragging rights and whatever other prizes you want to hand out (we’re willing to bet weed will work nicely here).

For this game, you’ll need a few easy-to-find items:

Cover the opening of the glass container with the tissue or paper towel and secure it with a rubber band, similar to how you would make a sploof. Place the penny on top of the tissue and light the joint. After each hit, the player must use the joint to burn a hole in the tissue paper. When the penny falls into the cup, the last player to burn a hole is out. You can replace the covering and the penny and continue to play, if desired.

Like the ever-popular game of beer pong, you’ll need several Solo cups, at least two ping pong balls (it’s always good to have extra, however, in case they become lost or damaged during the game), and a relatively long table to set up on. Arrange the solo cups in a triangle formation and play as you would normally, with each player trying to eliminate cups by tossing the pong balls into them, with one key difference: Your reward for sinking a ball into a cup is a hit of weed.

You can also make up a few weed-related rules of your own. For example, you can establish the rule that if one team captures a ball on a roll-back, they must hold in a hit of weed while taking their trick shot.

Keeping a straight face when you have a case of the giggles is harder than you might think, and the higher you get, the more difficult this game can be to win. On the count of three, everyone will put on a serious face. The first one to laugh or smile is out. You can choose to take a hit as a penalty, a reward, or as a way to make each round progressively harder.

Want to play an easy game designed for smokers? Buy the Smokin’ Dice Game and get ready for lots of laughter and toking. It’s a party game that can accommodate any number of players. The game includes 4 dice. When thrown together, they tell you what to do. For example, you might end up with dice that say “you,” “take a puff,” “then do a dance,” “in slow motion.” If the player who rolled the dice can’t do the task created by the instructions on the four dice, they’re eliminated from the game.

For a fun ongoing game, consider picking a few “buzz” words in the beginning of your gathering and inform everyone that getting caught using one of these words means taking a hit. Some common examples include weed, pot, or high, but you can also get creative. You may choose to make “I,” “me,” or any proper names (city names, brand names, people’s names) into buzz words. This game is also fun to play in a group or alone while watching a stoner flick. 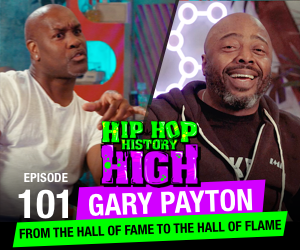 For this game, you’ll need a deck of cards. The dealer deals one card face down to each player. The dealer then flips one card from the deck face up. The first player must guess whether their own card is higher or lower than the card that is face up. After guessing, the player flips their own card face-up. If they’re right, they take a hit. The next player must then guess if their hidden card is higher or lower than the previous player’s card. Once every player has made their guesses and taken their hits, deal again to play another round!

Play a Normal Game While High

Choose your favorite board or card game (the simpler the game, the better), and play it stoned. If you’re new to one of these games, you may want to go over the rules before you get high. Here are our recommendations for classic games that only get better with weed:

Weed games are a fun way to add some fun and excitement to any social gathering. Remember that moderation is key, and that you can sit out from any game if you feel like you’re getting too high.